Researchers at Tufts University found no connection between vitamin and mineral supplements and a lower risk of death. USA TODAY

Getting the right amount of vitamins and minerals can lower your risk of an early death, but they should come from food instead of supplements, a study published Tuesday suggests.

Researchers from Tufts University say they found no association between the use of dietary supplements and a lower risk of death.

The study analyzed data from a larger health and nutrition survey conducted from 1999 to 2010. More than 30,000 participants ages 20 and older answered questions about dietary supplement use.

Results showed people who got adequate amounts of vitamin K and magnesium lowered their risk of early death, and those who got enough vitamin A, vitamin K and zinc had a lower risk of death from cardiovascular disease. Those benefits were earned only when those nutrients came from food, not supplements.

“While supplement use contributes to an increased level of total nutrient intake, there are beneficial associations with nutrients from foods that aren’t seen with supplements,” said Fang Fang Zhang, an author on the study and associate professor at the Friedman School of Nutrition Science and Policy at Tufts University, in a statement.

The research was published in the peer-reviewed journal Annals of Internal Medicine.

The study found excess intake of calcium through supplements was associated with a higher risk of death from cancer. Researchers say there was no link between cancer risk and calcium intake from food.

Several studies have called into question the need for supplements and whether they actually improve overall health.

Last year, a study published in the peer-reviewed Journal of the American College of Cardiology found vitamin and mineral supplements offered no measurable health benefits to prevent cardiovascular disease.

A study in 2017 warned that men taking too much vitamin B could double their risk of developing lung cancer.

Multivitamins are not only ineffective, but dangerous

You already get all the vitamins you need on your dinner plate.

For many years, when my doctor would ask what vitamins or supplements I consume on a regular basis, I would reply by saying “a multivitamin.” Never once in all those years did she (or he; I’ve bounced around a bit) ask what type of vitamins were included in the cocktail. No question of percentages, minerals, vitamins—just a head nod and a mouse click.

A few years ago I stopped saying “multivitamin” because I stopped taking one, and he (or she) never asked why, recommended advice, anything. They simply unchecked the box.

For more than half of Americans—68 percent of adults over age 65—a multivitamin (among a few, or many, supplements) is part of the daily ritual. Overloading your body with five or ten times the recommended daily allowance of this or that vitamin is treated as folk wisdom. It’s such basic science that questioning it seems like a complete waste of a thought.

Problem is, the National Institute of Health spent $2.4 billion studying vitamins and supplements only to find out they really don’t work. As Pieter A. Cohen writes in JAMA:

During the past 2 decades, a steady stream of high-quality studies evaluating dietary supplements has yielded predominantly disappointing results about potential health benefits, whereas evidence of harm has continued to accumulate.

This includes clinical trials showing that vitamin E, once promoted as heart healthy, actually increases your risk of heart failure and prostate cancer. Multivitamins do not prevent cancer and heart disease; St John’s wort will do nothing for your depression; Echinacea is no match for the common cold. In smokers, beta-carotene increases the risk of lung cancer. 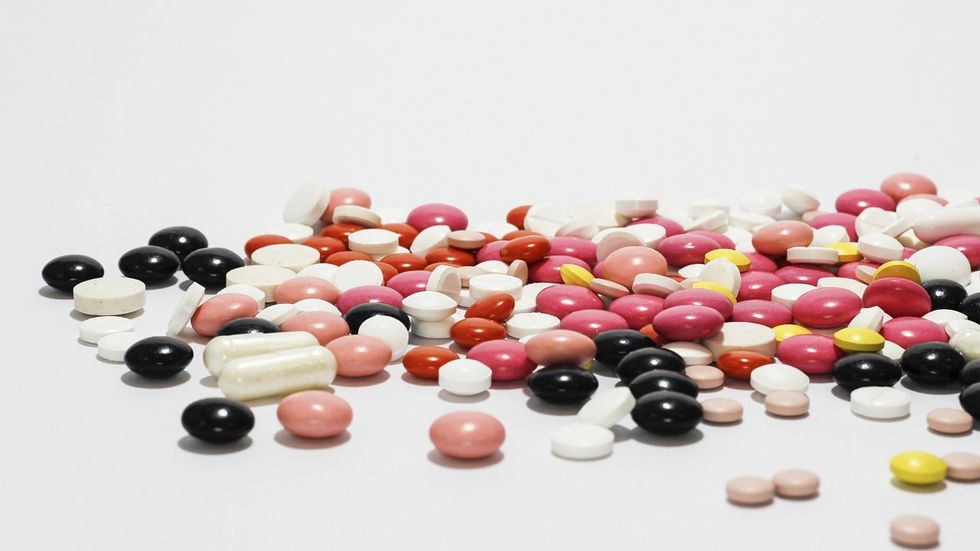 A large part of the problem is how comfortable we are swallowing pills with no understanding of what they contain. Whenever we feel slightly off we immediately imagine the pill that will alleviate the distress. Pain, however, is a sign that something is wrong. Ignoring the signal doesn’t solve the problem, it only prolongs the agony.

Since multivitamins have predominantly been marketed as healthy or, at the furthest end of the spectrum, benign, we’ve overlooked the fact that many are, in the long run, damaging. No vitamin or mineral is without effect. Because we don’t exactly understand how these pills operate should not mean we want to pop as many of them as possible.

Cohen points out that while vitamin and supplement bottles must include the standard “not evaluated by the FDA” jargon, most eyes pass right over the small print, instead focusing on unproven health claims scripted in bold, bright letters. 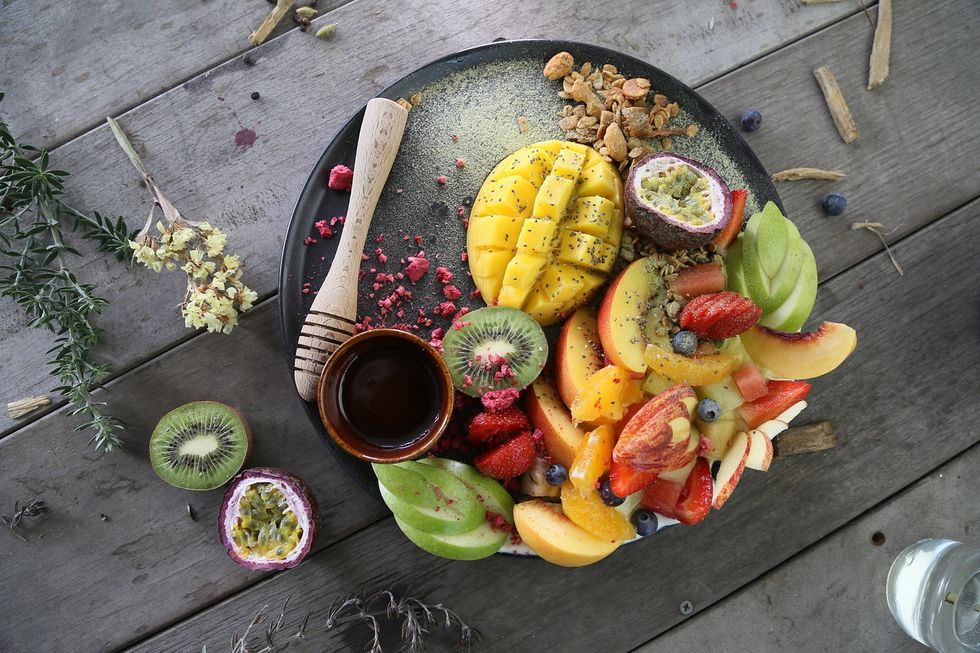 This has caused a number of researchers to remind us that we get all the vitamins we need on our plates. Even those eating a “Western” diet— which is the culprit of America’s obesity epidemic—achieve the basic requirements our bodies require. There is simply no proven track record showing that the isolation of certain vitamins from the foods that contain them is beneficial.

This is not to say some people don’t require certain vitamins or minerals for a variety of issues. That’s a different case from overloading your body with a flood of them hoping something works.

As Marjorie McCullough, strategic director of nutritional epidemiology for the American Cancer Society, is paraphrased in the NY Times:

It’s possible that the chemicals in the fruits and vegetables on your plate work together in ways that scientists don’t fully understand—and which can’t be replicated in a tablet.

Physician Paul Offit agrees. In study after study Offit shows that cancer and heart disease rates increase with the consumption of vitamins and supplements. A few examples:

Regarding the antioxidant craze—and certain levels of them are healthy—Offit notes that oxidation is required to “kill new cancer cells and clear clogged arteries.” Overloading on antioxidants reduces your body’s ability to do this.

Fruits and vegetables contain many other ingredients that appear to, as McCullough mentions above, boost the efficacy of vitamins. Offit continues:

Half of an apple has the antioxidant activity of 1,500 milligrams of vitamin C, even though it contains only 5.7 milligrams of the vitamin. That’s because the phytochemicals that surround vitamin C in apples enhance its effect.

American regulatory bodies have been too lax in their policing of vitamin and supplement manufacturers. Many are either blatantly lying or ignorant of the science behind the products they’re selling. The dietary supplement industry raked in over $32 billion in 2012, most of which profited from junk science, or at best, unproven claims. That’s great business for those companies. Unfortunately, it’s terrible for us.

Multivitamins are not a ticket to optimal health.

In fact, the evidence that they improve health for most people is weak and inconsistent. They may even cause harm in some cases.

If you have a nutrient deficiency, then it is much smarter to supplement with only that specific nutrient. Multivitamins contain large amounts of everything, most of which you don’t need.

Additionally, taking a multivitamin to “fix” a poor diet is a bad idea. Eating a balanced diet of real food is much more likely to ensure good health in the long-term.

Whenever possible, you should meet your nutrient needs with whole, single-ingredient, nutritious foods — not supplements.

This helps prove what I espouse , what this whole site is about , get your vitamins and nutrients from a fork and knife . Your emphasis should be on eating right , not what pills to take , period .

Notice the one line or point in the above articles  [ there are benefits associated from nutrients from food that aren’t seen with supplements ] .

Nutrients need to be in foods where they work together with other nutrients or components  !!!

Just like the old west when the man would come around to a town set up his card table set down a bottle of elixir and tout how it is the cure-all for any physical ailment you might have . Same thing today with vitamins and supplements

Has anything really changed ?