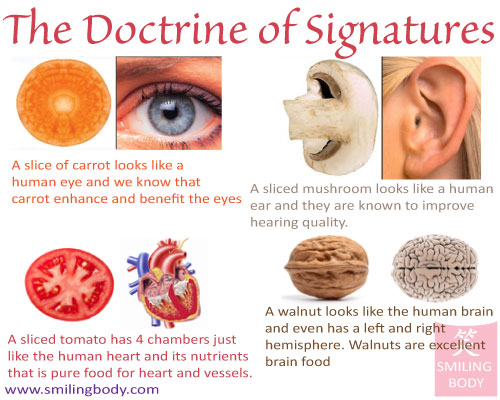 Mother Nature first developed the garden called earth, with its rich abundant plants and waterways and oceans and in it made animals and fish, all before the first human being. She made and provided what we’d need before we were born. Mother Nature left us great clues as to what foods help what part of our body!

Nearly every student of herbal and nutritional therapy must have heard the Doctrine of Signatures. It is one of the oldest form of prescribing foods to treat the human body and disease that affect the various organs. It was one of the main medical text of the 1600’s right up to the end of the 1900’s.

It was formulated not by the medical profession but by barefoot healers who observed the natural connection between nature and humans. Mother Nature produced foods that could be recognised as beneficial to health and as such these foods were known as foods of God.

The Doctrine states that by careful observation one can learn the uses of a plant from some aspect of its form or place of growing.  In a period where most of the world was still largely illiterate, it is likely that the Doctrine of Signatures was useful as a mnemonic aid for the apprentice who was learning by observation and rote.

The petals of the Iris were frequently used as a poultice for bruises because of the signature of colour, the petals resembling in hue the bruise they were to alleviate. Beyond the signature of colour was that of form.  If a portion of a plant resembled an organ or other part of the Human Anatomy, it was believed to be beneficial to that part.

The cross section of the carrot resembles the human eye. The daughter, iris and radiating lines look just like the human eye. Science teaches today that carrots greatly enhance blood flow to the eyes and enhance general eye function.

Onions look like the body’s cells. Today’s research shows onions help clear waste materials from all of the body cells. They even produce tears which wash the epithelial layers of the eyes. A working companion, Garlic, also helps eliminate waste materials and dangerous free radicals from the body. 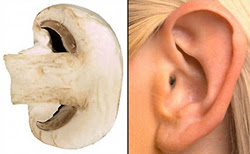 If you cut a mushroom in the middle we see that resembles the human ear. Mushrooms have been found that can help improve hearing, as yet, mushrooms are one of the few foods that contain vitamin D. This particular vitamin is important for healthy bones, which strengthens even the tiny ossicles located within the ear which transmit sound to the brain.

Celery is specifically aimed at strengthening and bone strength. Bones are made ​​with 23% sodium and this food-vegetable contains 23% Sodium. If you do not have enough sodium in your diet, the body pulls it from the bones, making them weak. Foods with sodium, such as celery feeds necessary, skeletal body needs. Celery, Rhubarb, Bok-choy and more look just like bones structure. These foods specifically target bone strength.

Walnuts look like a little brain, a left and right hemisphere, upper and lower brain and cerebellum. Even the wrinkles or folds on the nut are just like the cortex of our brain. We now know that walnuts help in brain development and brain function. Walnuts help develop more than three (3) dozen neuron-transmitters for brain function.

The lungs are composed of ‘branches’ airways increasingly driven into finer ducts which end in tiny bunches of tissue called alveoli. These cells, which resemble bunches of grapes, allow oxygen to pass from the lungs into the blood. A diet high in fresh fruits, such as grapes, (stafylotherapeia) has been shown to reduce the risk of lung cancer and emphysema. The grape seeds also contain a chemical called proanthocyanidin, which seems to reduce the severity of allergic asthma.

This is commonly sold in supermarkets, and it seems that often the external appearance resembles the stomach. So interesting is that one of the biggest advantages is aiding digestion. The Chinese use it for over 2,000 years to calm the stomach and cure nausea, while it is also a popular treatment for disabled-diseases. Potatoes: Sweet potatoes look like the pancreas and actually balance the glycemic lead indicator diabetics. 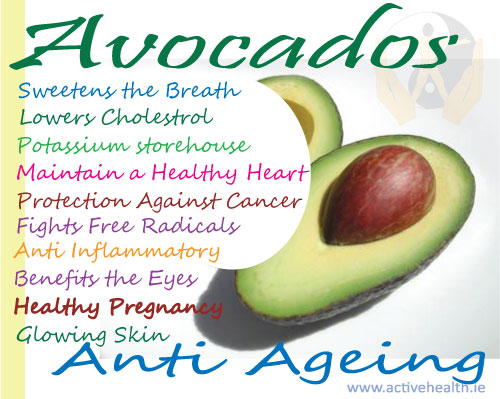 Avocados and pears are good for the health and functioning of the womb and cervix of the female and look just like these organs. Modern research shows that when a woman eats one avocado a week, it balances the birth hormones, sheds unwanted birth weight and can even prevent cervical cancer. It even takes exactly nine months to grow an avocado from blossom to ripened fruit, just like a human baby! There are said to be over 14,000 photolytic chemical constituents of nutrition in each one of these foods.

Figs are full of seeds and hang in twos when they grow. Studies have shown that Figs increase the mobility of male sperm and increase the sperm count as well as overcoming male sterility.

The humble sweet potato resemble the pancreas and can actually balance the glycemic index of diabetics. The oblong sweet potato bears a strong resemblance to the pancreas, and also promotes healthy function in the organ. “Sweet potatoes are high in beta-carotene, which is a potent antioxidant that protects all tissues of the body, including the pancreas, from damage associated with cancer or aging,” says Somer.

Olives assist the health and function of the ovaries. An Italian study found that women whose diets included a lot of olive oil had a 30% lower risk of ovarian cancer. The reasons are unclear, but the healthy fats in the oil may help suppress genes predisposed to causing cancer.

Grapefruits, Oranges, and other citrus fruits look just like the mammary glands of the female and actually assist the health of the breasts and the movement of lymph in and out of the breasts. The similarity between round citrus fruits––like lemons and grapefruit––and breasts may be more than coincidental. “Grapefruit contains substances called limonoids, which have been shown to inhibit the development of cancer in lab animals and in human breast cells,” says Dr. Moulavi.

The close-up of tiny green tips on a broccoli head looks like 100 of cancer cells. A team of researchers at US National Cancer Institute found if a weekly serving of broccoli was enough to reduce the risk of prostate cancer by 45%. 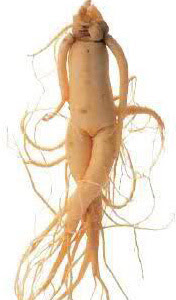 Ginseng root looks like a human body, and it is a holistic cure for nearly all ailments.

Red wine is rich in antioxidants and polyphenols, including powerful resveratrol, looks like blood. “When you drink it, you’re really loading up on the healthy stuff that protects against destructive things in the blood, like LDL cholesterol, which can cause heart disease,” says Somer. “There’s also a blood-thinning compound in red wine, so it reduces blood clots, which are associated with stroke and heart disease.”

James O’Sullivan from Galway is a credible and engaging speaker, a people friendly practitioner and lecturer of Integrated Medicine, serving his patients, his students and the public with the positive benefits of both Conventional Western Medicine and Traditional Chinese Medicine. He is a respected author and has appeared on many public media.

5 thoughts on “The Doctrine of Signature :”